Manchester club night, 909, are bringing The Baron of Techno, Dave Clarke, to the city. The Waveform Transmitter’s Ste Knight has all the details of what is set to be a killer night.

Dave Clarke is a name synonymous with techno and electro, not only in terms of his productions but also his uncompromising DJ sets. He’s set to play an all night long set for 909 on April 30th at 909‘s new home, Gorilla.

Clarke, who has been DJing and producing since the early nineties – his first release being released under the Hardcore alias back in 1990. Since then, Clarke hasn’t looked back and his career has seen him play thousands of events on a global scale.

With an impressive back catalogue of solo releases under various monikers, collaborative releases, mixes, compilations and, of course, his White Noise radio show, it is easy to understand why Clarke is such a formidable force on the techno scene.

The producer is known as equally for his brutal techno sets as he is for his forays into electro. No doubt on an all-nighter we’ll be seeing him dropping both into his set as he builds it to a typically frenetic crescendo. His punk ethos will pretty much guarantee that clubbers will be getting their fair share of face-melters.

Tickets are available now from Skiddle, grab them while they’re hot! 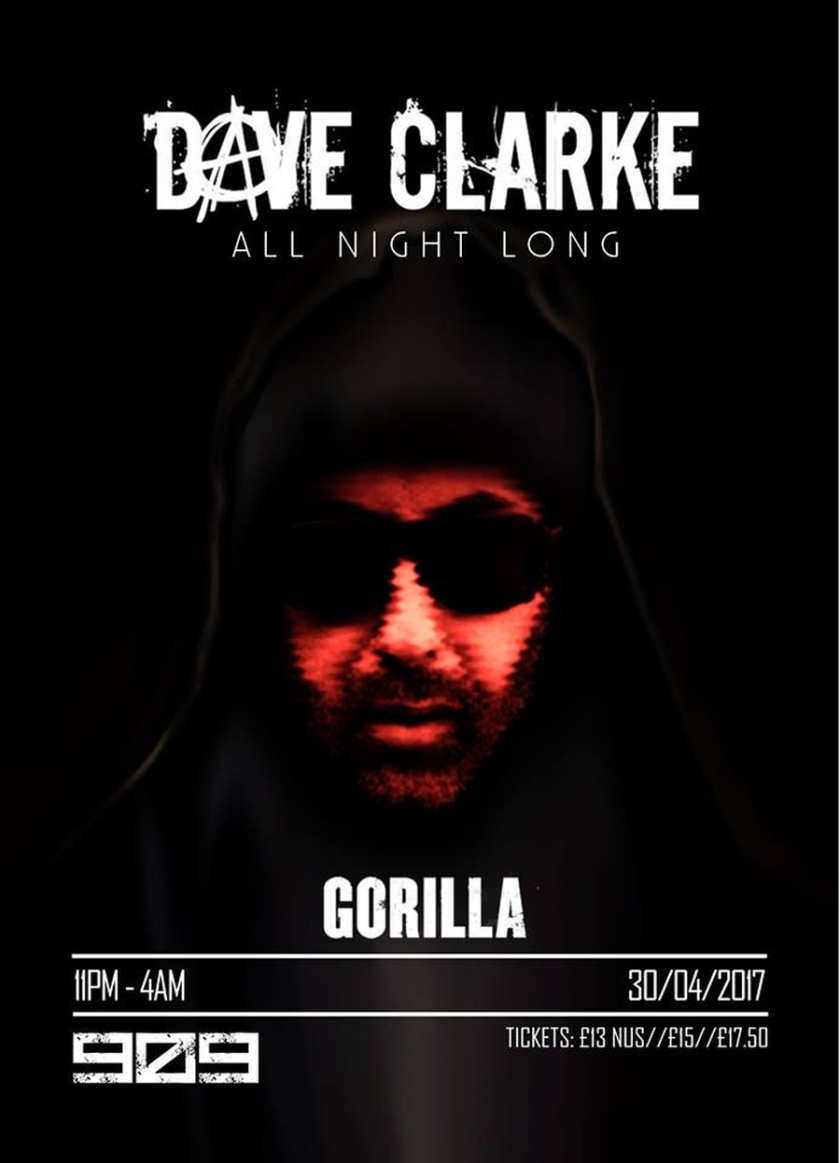