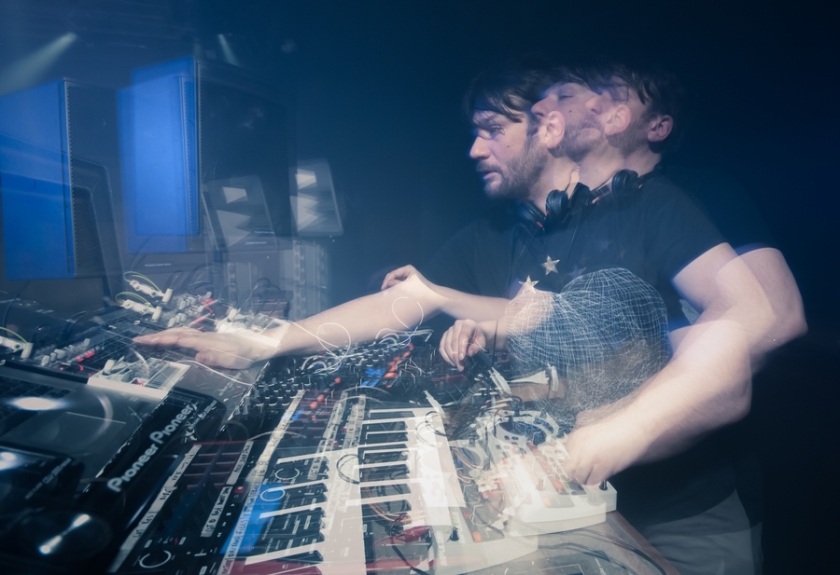 Joseph Keevill, AKA Saytek caused quite a stir back in 2016 when he released his Machine Jams live album to critical acclaim. It not only became the favourite album of revered techno don Carl Cox, but it also led to Facebook Live performances which attracted in excess of 1 million viewers.

Saytek is back in 2017 with his new EP, Doppelganger, which features two fresh live cuts to tickle your techno tastebuds. The EP is set for release on April 7th, on Kevin Saunderson‘s KMS imprint.

“For me it’s an honour to be on Kevin Saunderson‘s KMS label and even more so now having had a few releases on the imprint to be now making my way towards being key member of the label. Detroit Techno was a huge part of my musical education when I was younger, I was totally in love Kevin’s E Dancer productions. ‘Doppelganger’  and ‘Revolutionize’ are both Live Jams which I’ve already tried and tested at Tresor (Berlin), fabric (London), Salon Daome (Montreal) along with numerous gigs and they have really worked well with the crowd.”

The title track, Doppelganger, is heavy on classic techno tropes, with a thunderously driving bassline that will ensure any room goes off with a monumental bang. The opening chords have their feet firmly planted in the Motor City, and glitched-out samples and whomping bottom-end percussion give the track a dark edge.

A euphoric touch is added to the mix courtesy of reverberating breakdowns and the keys that play around on the upper layers of the track, pinging to-and-fro across the sonic landscape.

On the flip we have a much more ariose affair. Revolutionize, whilst it doesn’t ignore the Detroit sound at it core, courtesy of those crisp hats and 808 style claps, features a melodic hook that grabs the listener and doesn’t let go. Even the bass pattern arpeggiates wildly around the lower end of the track.

You can buy the EP from all good outlets on April 7th. We suggest you do, it is a certified banger.