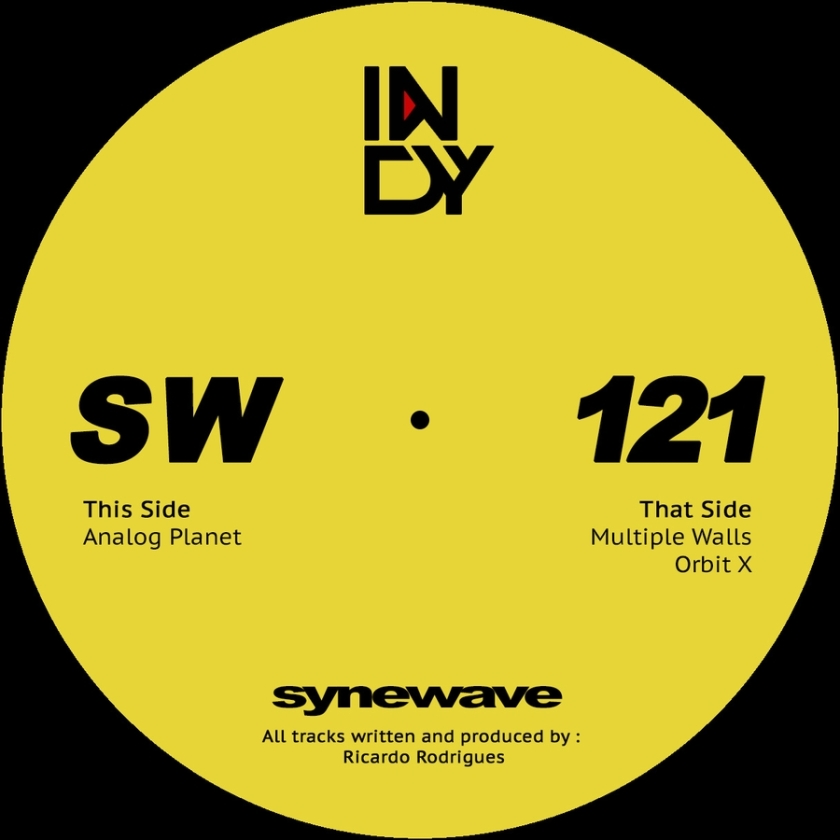 Industrializer aka Ricardo Rodrigues always ensures that he is having fun with his beats, however doesn’t try to hide his enthusiasm for musical education and the importance of taking the art-form very seriously. Having an early background in music that eventually led him onto pursue an electronic music production course in the Netherlands, where he has forged a solid reputation for minimal techno with nitro-glycerine pumped through it.

He is also renowned for his live sets, where he prefers using a select few weapons of synthesiser choice for his performance to allow himself maximum interaction with the crowd.

Industrialyzer has released over the past few years with Portuguese fellow techno-head The Advent, which has further refined his skills and status around the globe. Today we have his fiery solo EP Analog Planet released on Synewave; a dark nightmarish experience with subtle builds and elegant finesse that illustrate Ricardo’s persistent development as a producer.

For the A-side we have the palpitating and aggressive sounds of Analog Planet. A thunderous techno track that has a pulsing double time beat from the off, giving imagery of a fast-paced ride. This beat morphs and swaps from understated taps into machine gun like snares that provide high octave driving force whilst coming out in elegant layers. Textures of bleeps, crackles and a constant high-pitched scream gives this a real sci-fi horror feel that is very unsettling but ultimately satisfying.

Multiple Walls is techno for your hips, with Detroit sounding jazzy keys that create the constant melody throughout keeping the funk alive. The addition and subtraction of various percussive rudiments along with a deep alternating bassline act as the main energetic elevators throughout, and is a sophisticated example of how shuffling fragments in the right way can seamlessly change and create a journey even within the most stripped-down techno.

The dark and disturbing Orbit X takes us to an emotional and hellish finish where black slime is literally drooling out of your speakers. This track provides imagery through chilling and electrifying layers of effects rather than percussion. Dark emotional synths with disturbing sirens make up a storm of darkness and gloomy rain that falls, disperses and suffocates all around you.

Indusrialyzer Analog Planet is released on October 17th and will be available from all good retailers.