Alexander Geiger breaks his 8-year hiatus with a brand new LP, Mixtape Vol.1, under his new Fahrland guise. The Waveform Transmitter’s Ste Knight takes a listen to an album diverse in style, out now on Kompakt. 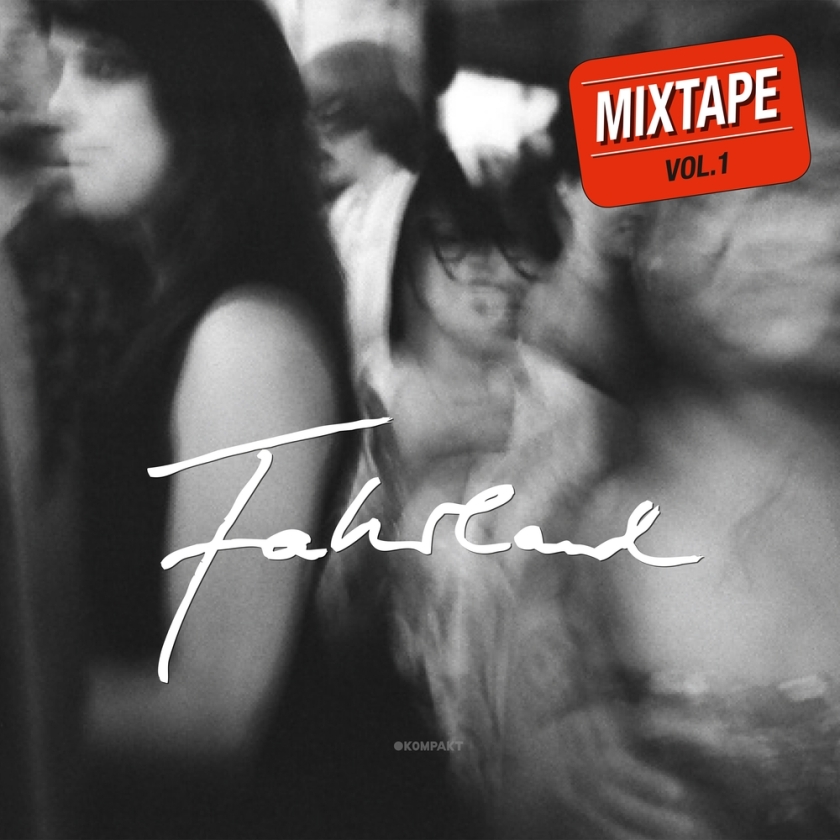 Alexander Geiger breaks his 8-year hiatus with a brand new LP, Mixtape Vol.1, under his new Fahrland guise. The Waveform Transmitter’s Ste Knight takes a listen to an album diverse in style, out now on Kompakt.

Breaking a hiatus can seem like a bit of a double-edged sword at times. Returning to a scene after a significant time away can mean that an artist comes across as being out of touch with the current zeitgeist. However, Alex Geiger, now under his new moniker Fahrland, has come out of hiding with an album that is brimming with charm and atmosphere; an collection of works that show his absence has been well-spent rather than wasted.

Out now on the defining Kompakt imprint, Mixtape Vol.1 is Fahrland‘s magnum opus; a work that heralds his return with an almighty fanfare. The album combines a varied range of styles while remaining a coherent whole. Each production tells its own story, yet they also further the narrative of the entire collection. There is a distinct sci-fi feel to the album, which ebbs and flows throughout..

The album leads us down its winding path, starting with a vocodered track, Get Up, that sets out the stalls for the rest of the album. Lyrics concerning sharing enter the fray, which mirrors the notion that, by sharing a piece of music, an artist is sharing a part of themselves. With this, we are plunged deep into the ambient, beatless ether of Suspension, where synths taking on a sino grime quality as they mirror a gently plucked oriental instrument heard while submerged in a liquid – presumably why it is titled so. Are we witnessing the birth of something?

I AM ROBOT would suggest that we are. Sino grime morphs into electro, as the vocoders return to tell the story of the robot in question. The track is very reminiscent of late seventies/early eighties German synth-pop and Belgian New Beat. The next two tracks see the vocal elements ushered back in. As cybertronic birds chirp away in the inky black sky of Beggin’s sparse drum opener, MZ Sunday Luv begins her discourse with the immortal line from The Four Seasons‘ track of the same name; “I’m beggin’, Beggin’ You, Put your lovin’ hand out, Baby.” A refrain that continues as the additional elements of the track morph over and into one another like a sentient, shape-shifting bio-organism.

This segues us into a housey number; Plastic People. MZ Sunday Luv returns for a further lyrical display, this time with a spoken-word delivery that affords the listener insight into a futuristic underground club scene. Poseurs filter in through the club door, detested by our narrator for their subscription to superficial and materialistic beliefs. These are the plastic people of the title. Fakes. Hypocrites. Imposters. Call them what you will, we all know and see them every day.

5/4 is a playful techno number, which draws heavily on jazz influences, paying particular attention to the keys in the track and, more obviously, the title, which refers to the time signature commonly used in jazz music. Choral-sounding pads enter the mix, which gives the track an ethereal quality. Mz Sunday Luv is back for more, as she chronicles the tale of a forbidden love in Yesterday. This takes place over the top of a simple breakbeat and bass guitar plucks.

The breakbeat theme continues in Friends Forever, a whimsical track that features more heavily vocodered lyrics which potentially tells the story of the crazed, forbidden lover of Yesterday, begging for friendship; a notion that harks back to Beggin’. Sky So High is a story of confusion and uncertainty. Repeating drum rolls open the track before Luv poses the question “What do you wanna be?” L AND H has a distinct Endtroducing– era DJ Shadow, thanks to its hip-hop percussion, scratches, and almost improvisational organ.

Windshield Gently Wipers is similar in feel to Suspension, with the sino grime tropes combining to afford a glimpse through a vehicle window toward a misty vista, huge drips landing around the listener, and oscillating synths swirling to create a dreamlike state. Closing track Get Down brings us full circle, back to the point before we started our journey with Fahrland. This completes the record with a heady jazz-hop flavour. A perfect landing.

Fahrland‘s Mixtape Vol.1 is available to buy now from Kompakt. You can listen to 5/4, below.