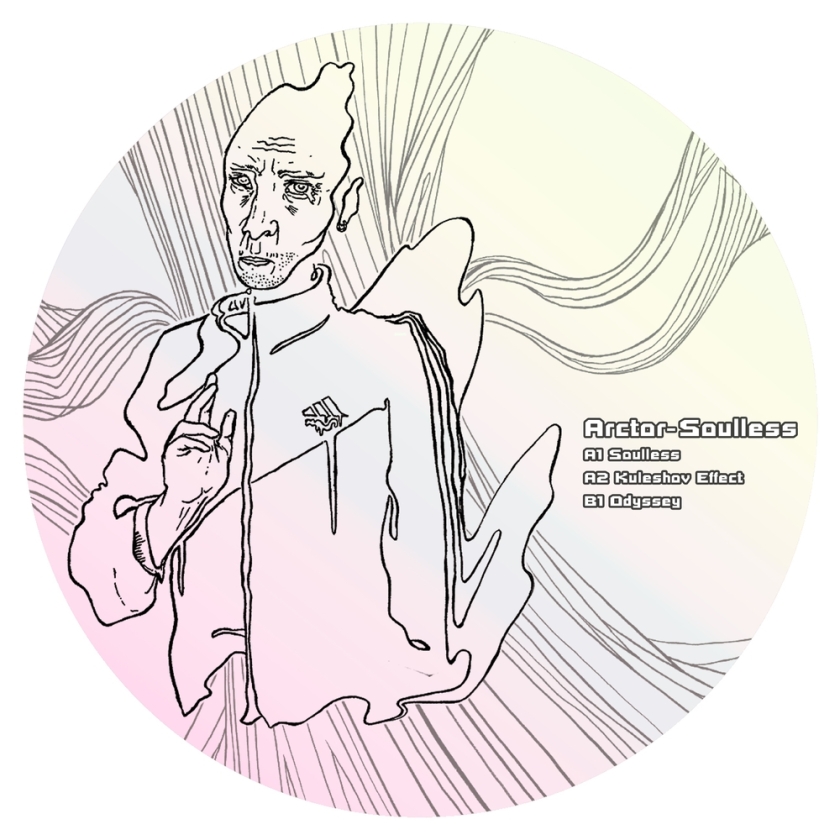 Arctor steps up to the plate for Tremors’ newest release, with his electro three-piece, Soulless. The Waveform Transmitter’s Ste Knight enjoys, and has a nifty little premiere of Kuleshov Effect.

This week, January 18th, sees Tom Livingston AKA Arctor (is that an A Scanner Darkly reference?), dropping his latest EP, Soulless. The Glaswegian maestro delivers a triple header of gutsy breakbeat electro that is primed to send the club up into a towering inferno. This is the second time that Tremors have committed productions to wax (the first being the Aftershocks Volume 1 compilation, which saw Dexter, James Shinra, Patrick Walker, and David Harleydson remixing four previous Tremors tracks).

Arctor opens proceedings up with a blistering assault on the senses. Soulless counts us in with four 8-bit bleeps, before we immediately spiral out of control thanks to the snappy breakbeat and gritty 303 bassline. The track is primed with high-octane energy from the off, and doesn’t let up throughout its six-and-a-half-minute duration. Rushes segue in new elements nicely; the vocodered sample nestling comfortably between acid drops and lush pads. Pitch-bent keys play us out with an infectiously groovy jazz-tinged refrain.

Kuleshov Effect enters the fray next and is our premiere track, today. A hyperactive bassline takes centre stage, oscillating wildly as it bounds through the mix. More keys enter the top end, flitting around the track in firefly-fashion. Nothing will prepare you for the epic synth shredding that Livingston treats us to in the final third of the track, though. This is some cosmic electro if ever there was any, and executed in a manner that induces euphoria in an instant.

The closing track on the flip, Odyssey, is just that. The track seems to chronicle the timeline of 90s breakbeat techno and electo – the kinda stuff you might find on Warp’s seminal Artificial Intelligence compilation series –  like an epic poem. The vocal is classic rave, with a frenetic breakbeat to match,  and these are complemented by the subtle acid elements present in the track. More hands-in-the-air tackle, and those stabs that herald the arrival of a snarling synth sound and wonky keys prove a tipping point into all out involuntary body spasm. The track was initially inspired by Head Front Panel‘s HFP#004 and speaking of the production, Tom says “I love having tracks with irregular rhythms. Parts repeating after odd numbers of steps.”

Check out the wicked key jamming on Kuleshov Effect, below, and head here to grab the wax or digital release.