The first of our Waveform Live series for 2020 comes from NonZero! who saw the release of her Matrix Equation long player on Touchin’ Bass at the back end of 2019. The Waveform Transmitter‘s Ste Knight presents a dark, introspective trip.

I always enjoy it when something a little different comes wading through the promo inbox with scant disregard for the other promos crowded around it. Which is exactly what occurred when NonZero!‘s album The Matrix Equation landed.

As you might guess from the nomenclature, NonZero! – AKA Maria Gamboa Perez – comes from a mathematical background. However, the music contained within her production is not the meticulously precise sequencing of beats that you might imagine from an arithmetically calculating mind. While structure certainly exists, the sound design is definitely the focus of the LP.

Instead, the album is raw and visceral, loaded with vehemence, intensity, and passion. It draws deeply on the emotions we feel within our very essence, with themes of angst, wrath, and torment all creeping out of the shadowy, mercurial soundscape Maria sets out before us.

Her vast experience within numerous facets of the music industry, be that as a band member or a solo artist, means that NonZero! delivers a highly accomplished collection of tracks that flow wonderfully into one another with genuine coherence.

I don’t want to talk too much about Matrix Equation. Reason being that Perez recently took time out to have a natter with us here at The Waveform Transmitter. Find out what she had to say, below, and if you would like to buy a copy of NonZero!‘s long player, you can find it over at Andrea Parker‘s Touchin’ Bass store, here.

Waveform: Hi Maria! Thank you for chatting with us today.  Back in November you released your brilliant NonZero! album, ‘Matrix Equation’, on Andrea Parker’s Touchin’ Bass imprint.  How did that come about?

NonZero!: Hi, thanks to you for this interview.  I met Andrea 2 years ago in Madrid because we played at the same event.  We talked a lot that day and I think we started to get interested in each other.   Before I met her I knew her label and all her work and I loved it but after I got to know the person behind it, I started to love her work even more… she’s brilliant, very talented and a really nice person.

One day she wrote to me about a track that was on the internet ‘Dexx-Evol’ and she asked if it was released.  It wasn’t… so this was the beginning of everything….

W: And the name NonZero! – what made you opt for that one in particular?

N: I’m a mathematical researcher so I think that it answers it…

W: The album seems quite visceral and introspective. Is it?

N: Yes, I like it…I’m quite emotional and sensitive…but always on the dark side of life.

W: The sound design would hint towards influences from EBM and industrial music, as well as noise, and more ‘structured’ electronic music like Electro.  Would you agree?

N: Completely agree! Maybe EBM not too much, but noise and industrial music are always in my heart… Cold sounds, I like the chaos with a structured form that maybe I take from electro.  When I was an adolescent I was into noise a lot, industrial, techno, Kraut, punk and jazz, but when I listened to Cybotron for the first time I knew that it would be the beginning of other things in my mind… Electro!!!!

At that moment I only had bands, “human bands”, drummer, guitar, bass, and I decided to start my first solo project as Marymotto and add drum machines to previous real drum recordings.  Because of that I think this record is a style that is not in any one style… maybe it’s the result of everything that I’ve listened to up ‘til now. 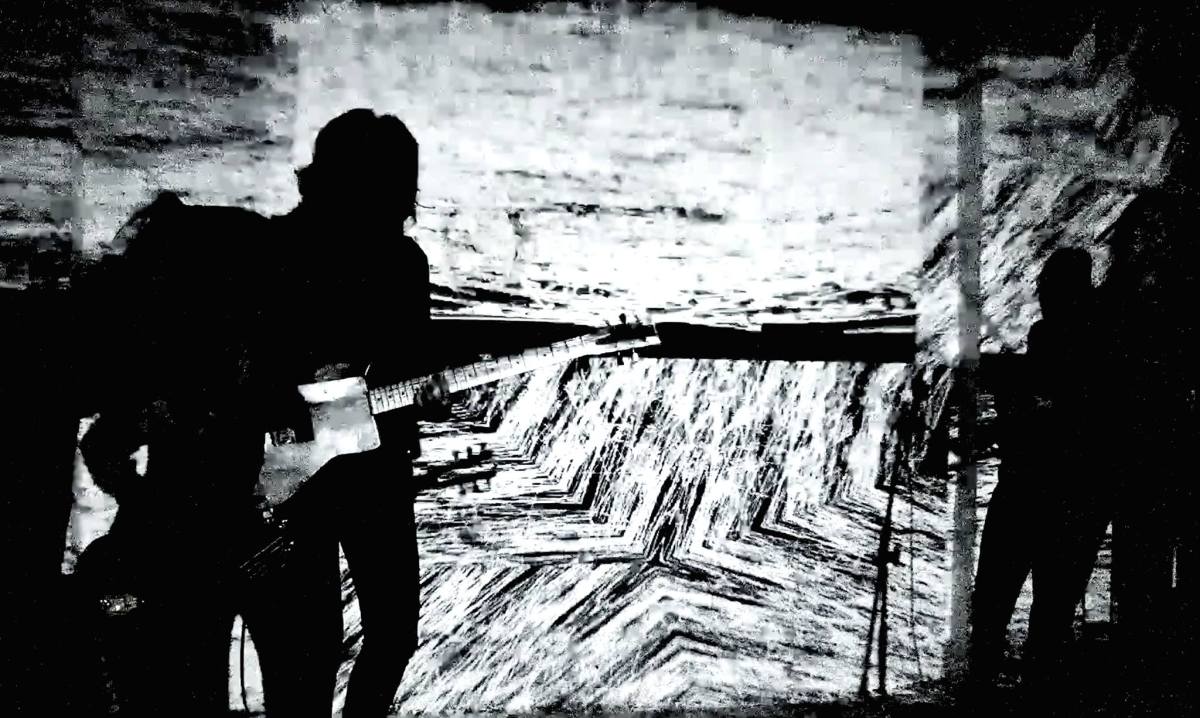 W: You worked alongside Carl Finlow (Silicon Scally) – what was Carl’s involvement in the release?

N: Carl is one of my favourite artists.  I composed all the tracks and I asked Carl if he could help me to make the sounds bigger.  He has a lot of gear and knowledge in compression, reverb and mixing that I don’t have.  So, I made up a first mix and then I sent them to Carl.

The result was great because he’s a great professional and the work sounds exactly as I sent it, but much bigger, very overwhelming.  So, I’m very happy with that.

W: So, you have put together a remarkable Live set for us. What gear did you use to produce the set?

W: Did you record this as a “live jam” or was there more preparation involved in the process?

N: Some parts live jam, others with more preparation. I just finished 2 A/V live s – one more focused on electro and the other is more experimental. So, I’d say that I’m open to play anywhere…

W: What future plans do you have for the NonZero! project?

N: Now I’m working on another LP and looking for labels!  I’m also working on a compilation, and another record with my other project, Telephasycx!  I also own a new record label and tomorrow will release our second release – RM 02 Cymatics Operator – Silicon Scally and Telephasycx!

You can order it here:
https://ratormute.bandcamp.com/album/cymatics-operator

And listen to it here:
https://soundcloud.com/ratormute/sets/silicon-scally-telephasycx-cymatics-operator-ep