Joel Mull’s fourth LP Arrow Of Time, his first album in eight years and the first LP to be released on the label, is a landmark we couldn’t pass by. The Waveform Transmitter’s Simon Huxtable was given the express pleasure of reviewing one of his personal heroes.

Anyone who has ears and has listened to underground dance music in the past 20 years will know Joel Mull’s work, even if the name draws a blank. Over the last two decades, Swedish-born Joel has come to define the essence of what great techno is and as a testament to that, his music crosses over genre boundaries in a way few artists ever manage – for the purists, he embodies their genre-specific needs, while simultaneously drawing in the prog fans with his soulfulness and the house-heads because of his music’s hypnotic relentlessness. Added to that is the consistency of his work. 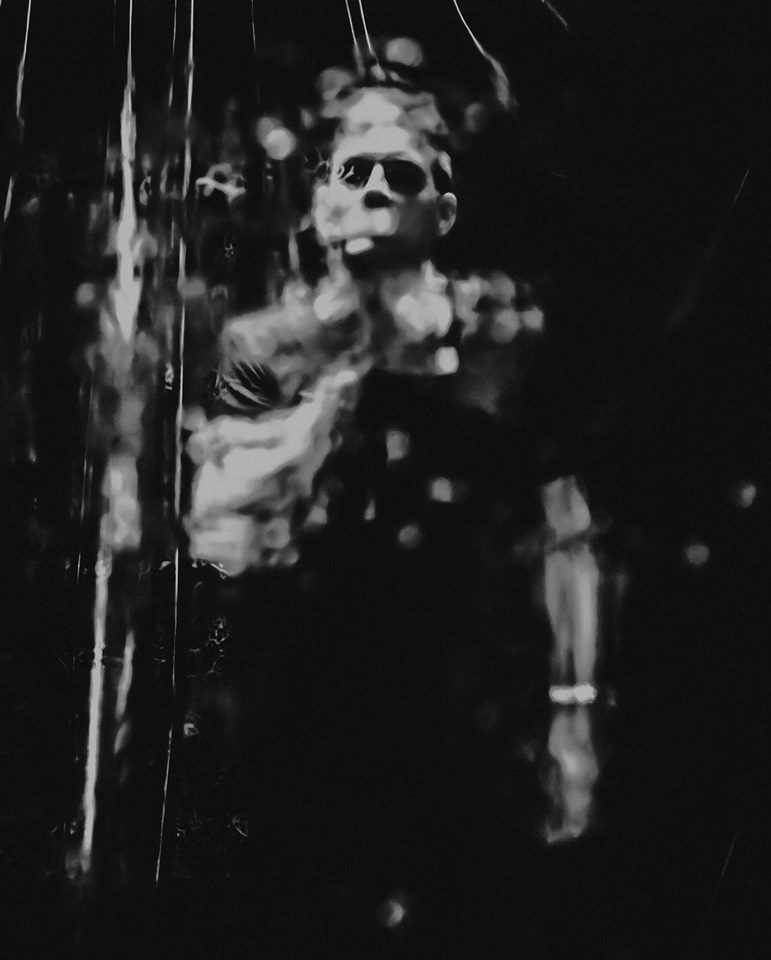 Some producers just make amazing stuff again and again. That’s Joel. Everything he touches is golden, but rather than strive for greater and greater accolades, he is content to make great art and allow us, the consumer, to make of it what we will. Speaking about the concept behind this, his fourth long player, Joel is typically modest:

“We all have moments when we think about time, I do, especially when I travel. There is a certain loose feeling when I write music and sketch on ideas while I’m in a moving object that is blasting throughout space, such as a plane or a train.

These moments are more intense for me than, for example, when I’m working on ideas in the studio. The studio is amazing but it can also be too structured. When I look out of a window and have a moving canvas in front, it directly adds emotion and easily inspires me. Arrow Of Time is the inspiration to this album’s title. It is both the time capsule that we all travel in and the journey that you do every time you listen to music.”

From the first bars of opener Irreversible the warmth and soulfulness of Joel’s work glows like a beacon of hope. Made via a combination of outboard gear: Roland SH101, TR8 and Lyra 8 running through an Elektron Analog Heat to add some warmth, and in the box processing with Ableton and some plugins, Joel has brought his imaginations to life.

He makes special mention of his “favourite mastering engineer” Walter Coelho in the press release, and given the quality of the raw product he’s given to work on and add that special mastering pixie dust, I can well imagine the feeling is mutual.

Want to know what devastating weaponry Joel Mull has amassed over his career? Check out his Secret Weapons playlist here, then!

Next up, the bumpy broken beats of Up That Hill reverberate around you head, a somewhat forgotten sub-genre of the classic techno sound. (Remember the origins of techno are partly in electro. Cybotron’s Clear being one of the first ‘proper’ techno tracks.)

Moving into 4/4 territory, Gleaming is delightfully dystopian and wonky using pads, field recordings and dub effects to create a wonderfully dense and hypnotic arrangement. Northern Spheres bubbles menacingly as it organically gathers pace, while Caver gallops along; the perfect mid set groover to allow people to find their space.

Mnemonics is insistent and uncompromising. The rattling hat, a decibel uncomfortably loud, creates uneasiness which juxtaposes brilliantly against the emotive, icy pads before melting away into the background as bass and percussive layers fill out the sound. Amazing sound design.

Colourblind is drumtastic. Its enormous 909 bludgeons you to death under the weight of its low end fury. Equally, Working Body is a lesson in less is more. Powerful and menacing from the off, you can barely make out more than five sounds. Ahead of the Past is tribal techno exemplified. A personal highlight.

It’s fairly clear I’m a fan, but don’t let it be said I’m not critical when writing my reviews. Thing is, there’s really very little wrong with this other than I’d have liked a few more tracks. But like they say “Leave ‘em wanting more.”

Buy This. Thank me later.

You can grab your copy of Joel Mull Arrow of Time here. In the meantime, stream the long-player in its entirety, below…