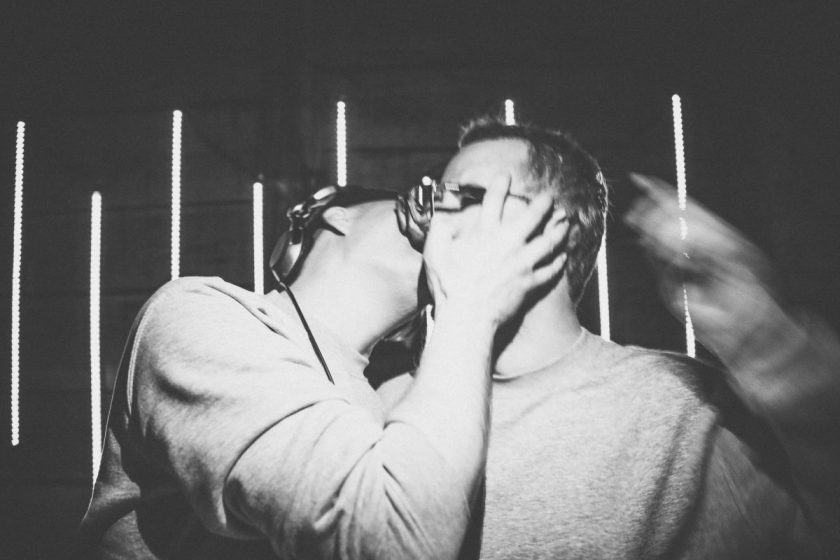 The second half-century of our mix series is kicked off by enigmatic Riga collective, Queer on Acid, who dropped their new EP Drama last week. The Waveform Transmitter‘s Ste Knight takes a listen, and presents a killer mix from the Latvian party starters.

Things seem to have got off to a flying start for the mysterious Queer on Acid collective. Their first EP, Drama, was released last week, prior to which it was garnering the support of some pretty hefty names across the house and techno spectrum, including the likes of Gene Farris, Riva Starr, and Roger Sanchez.

The EP opens up with the bumpy acid house bomb that is Bed Drama. A vocal  (which we are led to believe is that of a drag queen) snippet kicks the track into gear, segueing in a booming bottom-end. This leads us nicely into the deep-down ‘n’ dirty acid bassline that is all-out Chicago. Working the little silver box to within an inch of its circuit board, Queers On Acid serve up a funky little number that really sets the bar high, not only for the flip-side, but also for the releases that follow on the imprint.

Next up is Rusty Nails. Get your tetanus shots at the ready because this one has plenty of grit. A lo-fi drum pattern starts the track off nicely, before a heavily treated vocal brings in that inimitable bass synth, punctuated by snappy claps and hissing hats. The drop at the midpoint is pure energy, with swirling synths dominating the mix – totally primed for the warehouse this one. Hands in the air fodder!

Queer on Acid started life in the city of Riga – Latvia’s capital – as a project via which two friends could celebrate the scenes they love and are active in, those being LGBTQI+ and electronic music. Speaking of the idea behind the Queer on Acid label and associated recordings, the two behind the scenes had this to say:

“As electronic music fans, DJs and party animals, we met, obviously, in an underground club in Riga almost 20 years ago. One day we were fooling around and made these two tracks that reminded us of the big warehouse parties we used to rave at. Then we suggested making another project and label out of this with a funny name. So, Queer on Acid was born! We run another record label  – Amber Muse – but because the new stuff is quite different from what we put out there, we didn’t want to stir everything together and influence the natural course of events,” they said.

The continued: ““We don’t take it all too seriously as you can see from the name of the project. Dance music was born in the LGBT communities, and it’s always been about unity and a lot of fun, so you can take it as a manifesto to LGBTQ freedom too, with a nod to dance music roots. We also thought that we want to travel more and to meet new people. Music is the best way to make new connections and friends, isn’t it?”

Quite right, and an excellent ethos to have for the fledgling label. Hopefully The Waveform Transmitter will be hearing a lot more from Queer on Acid – you can buy their new EP here…

In the meantime, you can take a listen to their, frankly, fucking brilliant mix. Tracklist below!