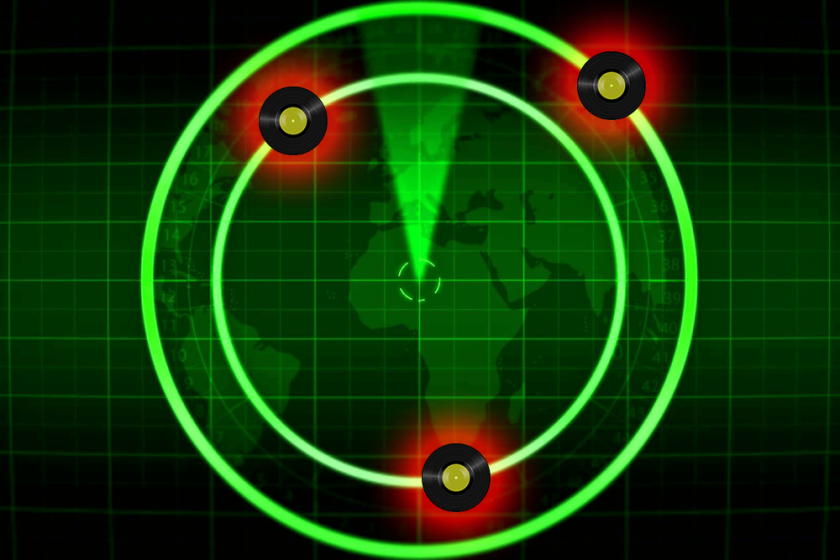 As we hit the crest of the week, The Waveform Transmitter‘s Ste Knight takes a listen to a raft of brilliant music, featuring James Ruskin, Tryphème, and Under Black Helmet.

I’m back! Sorry – we missed last week’s Sound Sonar for a number of reasons, not least because I had a set to put together for the I ♥ Acid pre-party here in Liverpool and, is it was the first time playing anything outside my living room, it is fair to say I was shitting myself, so everything else went out the window.

Anyway, you’re not here to read about my nervous disposition, you’re here to read about new music and, as we prepare to put two fingers up to Brexit, we should distract ourselves with sumptuous beats and basslines, while reminding ourselves about the unifying nature of music and the rave.

This week has been a bounteous affair. There was/is far too many releases to make selecting an easy task, but I have managed to whittle it down to three, two of which are albums – excellent albums at that.

James Ruskin‘s EP on Blueprint Records, Under Black Helmet‘s debut album on KR/LF Records, and Tryphème‘s new long player over at CPU Records all make up the selections for this week’s Sound Sonar; our favourite releases of the week. Check ’em all out, below.

What would British electronic music be sans the techno powerhouse that is James Ruskin‘s Blueprint Records? Without it we wouldn’t have seen Surgeon or Truncate‘s output on the label, Oliver Ho‘s releases, or James‘ myriad records.

His first solo record of 2020, Consumer Patterns, is a three-track affair that demonstrates why  Ruskin and Blueprint Records were integral to the formulation of the UK techno sound.

The title track is a pulsing exercise in hypnotic techno, culminating in the audio elements being palpated into a cybernetic ambient soundscape to prepare the listener for track two – the percussion dropping out suddenly to give way to the meat-ground conclusion. 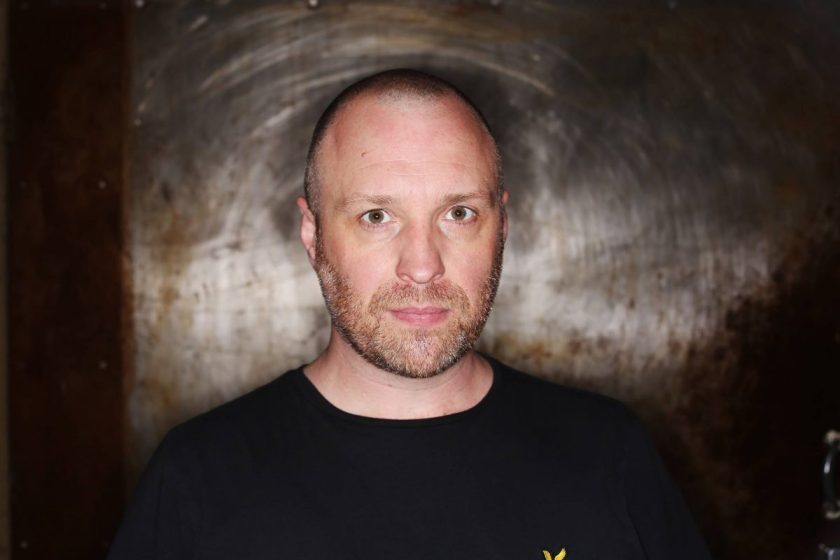 Social Acceptance, which we premiere exclusively today, offers a rendition of the Ruskin‘s sound which undulates rather than peaking and troughing, instead suspending the components, allowing them to gyrate around the listener’s sensorium.

We close on the wonderfully discombobulating Weakness of the System. The synth offering melancholy to assist the lilting pads while the percs thrash wildly in puddles of static.

Consumer Patterns represents a very worthy successor to 2019’s Reality Broadcast. The EP is available to buy on January 31st. You can obtain your copy via the Blueprint Records BandCamp page, right here. 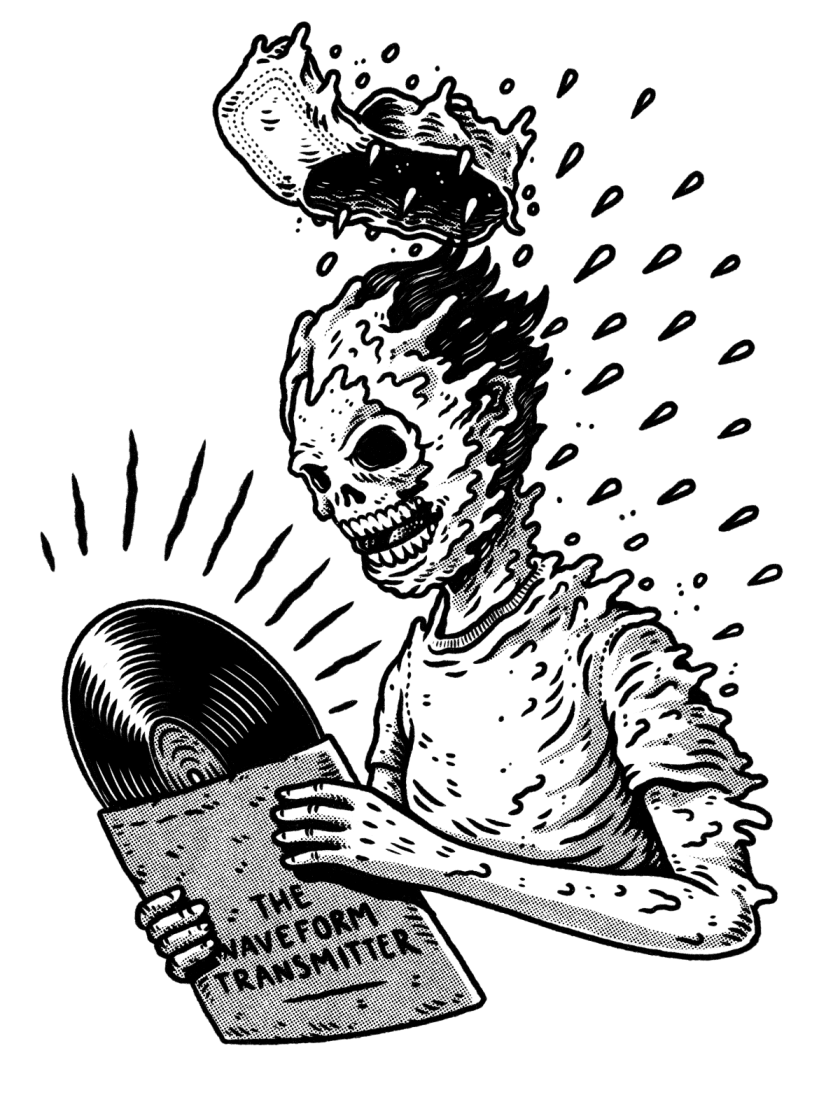 GRAB YOUR TICKETS FOR OUR THIRD BIRTHDAY PARTY AND THE LAUNCH OF OUR MELT YOUR FACE EVENT SERIES, HERE…

Under Black Helment – It Emerged From Nothing (KR/LF Records) 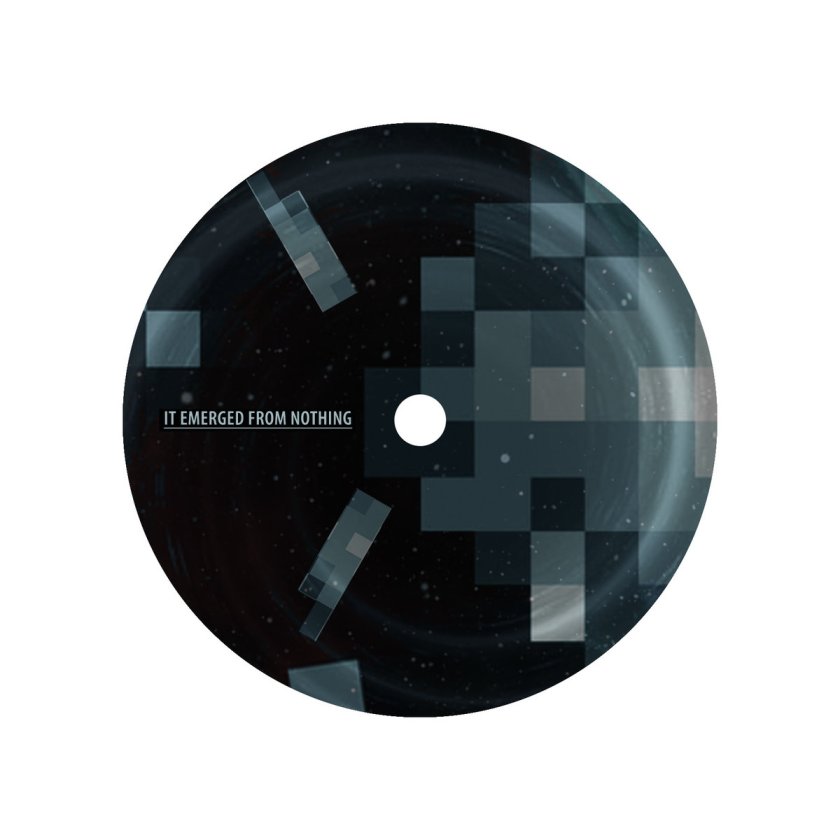 Lithuanian producer Under Black Helmet devours a cosmos with his stunning debut long player, It Emerged From Nothing. The album follows the quietus of existence, soundtracking the death of a universe while simultaneously condensing infinity into 45 minutes.

The albums sets course from it’s epicentre with Infinity, at a moment where we as listeners are stood witnessing the great beyond unfold before us. As it gathers pace, the choral swell with which the track is initially exhaled gives way to a stellar bottom end, accompanying twinkling synths and celestial pad work.

The follow-up, Direct Collapse, is perhaps closer to the kind of driving production one might expect from Under Black Helmet.  As the continuum collapses around our ears in huge sulphuric drops, we treated to a pulverising drum pattern to drive the album on.

As you might anticipate, Proton Decay, evokes images of deterioration. A haunting synth cries out over the dense fog of the bottom end as the air fills with particulate, while a Gregorian pad heralds the ending of the physical realm.

Radiate and Death of the Last Sun drag us back out to the edge of time as it rushes at high speed toward its centre point. Radiate offers an experience of the energy released during the collapse of the universe, thundering unwaveringly forward.

DotLS, picks up the mantle before offering the listener the majesty of observing the demise of a celestial body, angelic voices preceding a blinding array on the break complete with a cascading synth storm.

Space and Time furthers the narrative with a monologue that runs throughout the production, Detroit-inspired elements building the fabric of the track that interweaves with the spoken elements to enhance the mystery of the unknown.

As we continue across the Continuum, we are greeted by an insistently forward-marching kick-drum, reminiscent of a percussive style embodied by the hardcore genre. This catapults us into Supernova, the penultimate track on our voyage in which the album reaches peak luminosity.

With the package’s final composition It Will End In Ice‘s ambience, everything that is known slips away into the distance as we succumb to the zenith point of nothingness. Undefinable radio transmissions disappear as shattering crystals of water mark the album’s close.

This is a stunning debut from Under Black Helmet and one I will certainly be revisiting on many an occasion. It Emerged From Nothing is available now. Get it here.

Tiphaine Belin AKA Tryphème makes a very welcome return to CPU Records with her second long-player, Aluminia. Her debut – Online Dating – was released via the same imprint back in 2017 and garnered the acclaim of critics and listeners alike, drawing on rave influences, alongside electro and IDM, to deliver a mesmerising album of immeasurable quality.

Belin works her magic again with Aluminia, albeit taking a totally different tack, as she eschews the 90s aesthetics for a more electronica-led sound. In true Tryphème style she delivers a modern classic, elemental soundscapes and rich sonic tapestries are laid before us in a manner one might expect from Boards of Canada or Polygon Window.

The albums six tracks offer a great deal to the listener, with resonance and tone raking just as much of the limelight as the actual combination of the sounds themselves. Lava opens matters, bottom-end flowing forcefully as Belin‘s vocal chatter trips across it’s molten surface.

FEY adds a haunting quality to the album, IDM drum programming whirring around the headspace in a captivating fashion as lush synths and pads swirl up through the mix in a most Elysian manner, a track that truly stirs at your emotions thanks to the inclusion of Tryphème‘s beguiling harmonics.

It is of note that her voice is used as an instrument throughout the album, and to bewitching effect. EEDYU features perhaps the most recognisable, lyrical vocals of the six tracks, Belin imploring us “Smell the flowers/Invite me/And your body/Tastes like cherries” for a beguilingly sensual listen.

The second half of the album doesn’t let up in terms of breathtaking marvel. The glitched-out vocal snippets and chatter continues with X-Ray Mantra, indecipherable lyrics twisting and turning beneath the low-slung electronica percussion.

In a Cyber Space is reminiscent of the sino-grime of Fatima Al Qadiri, its discordant synth chugs elevating the choral elements of the track alongside breakbeat-esque percussion and a growling bassline.

The album plays out with Cry Silent Cry, a perfect finish to the album which offers elation thanks to its rich, intumescent low-end, which marries perfectly with the cadences of the fluttering synth and vocal chops.

Aluminia is an exceptional work and one with which Tryphème should be immeasurably proud. Get your copy from CPU Records‘ BandCamp page, via this link.

One thought on “Music: Sound Sonar – Our Guide to The Week’s Best Releases”